We’re Chimtech Ireland Limited. We reline chimneys all over Munster. We love what we do. We know it works. Really, really well. And we’re hoping to bring that to every home in Munster that needs their chimney relined.

So what’s so good about the Chimtech methods of chimney repair?

It’s down to three key things…

So it’s fair to say we really do know our chimneys.

To give the best service…we’re always looking for new to ways to do things better for our Kerry-based customers.

That’s how we came across two exceptional chimney relining systems…Systems that weren’t available anywhere in Ireland. And still aren’t…except now through Chimtech…

And these two chimney relining systems are the second reason why Chimtech is a top choice for chimney repair. Because as chimney reliner systems go, you simply won’t get anything better out there. Anywhere.

And we’re saying that after years of relining every sort of chimney. As well as researching every available chimney relining system in Europe & the U.S.

Last, we get your chimney repaired in as little as one day. Never causing disturbance to your home. So the whole thing never becomes an ordeal for you. No clearing out rooms. Or knocking down & rebuilding chimney breasts. No mess, whatsoever.

But the icing on the cake is the incredible durability of both chimney liners. With guarantees of up to 25 years it makes the typical 5-year-guaranteed flexi-liner pale in comparison, doesn’t it?

And with known lifespans of up to 100 years, chances are you’ll never again have to deal with a chimney relining issue. Which at the end of the day is what most of our customers really want.

If your chimney needs relining (or even you just think it might need relining), & you’ve a few questions you’d like answered…just pick up the phone. 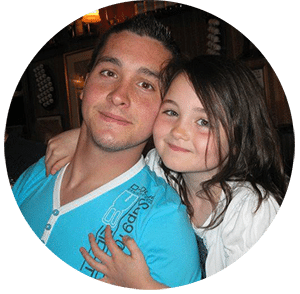 Or you can send us a message in seconds here.

After years repairing every sort of chimney there is, we know we can help. If we’re not the right choice for you, we’ll let you know. That’s a promise. And we’ll point you in the right direction, too.

We look forward to helping you.
Chimtech Ireland Ltd

Delighted to find out my house insurance covered it all. I actually had no idea it would. And that it could all be done in just one day made it even better.